This article covers the unboxing and assembly options of the RealSimGear Flight Deck Gen 2.

Written by Dustin
Updated over a week ago 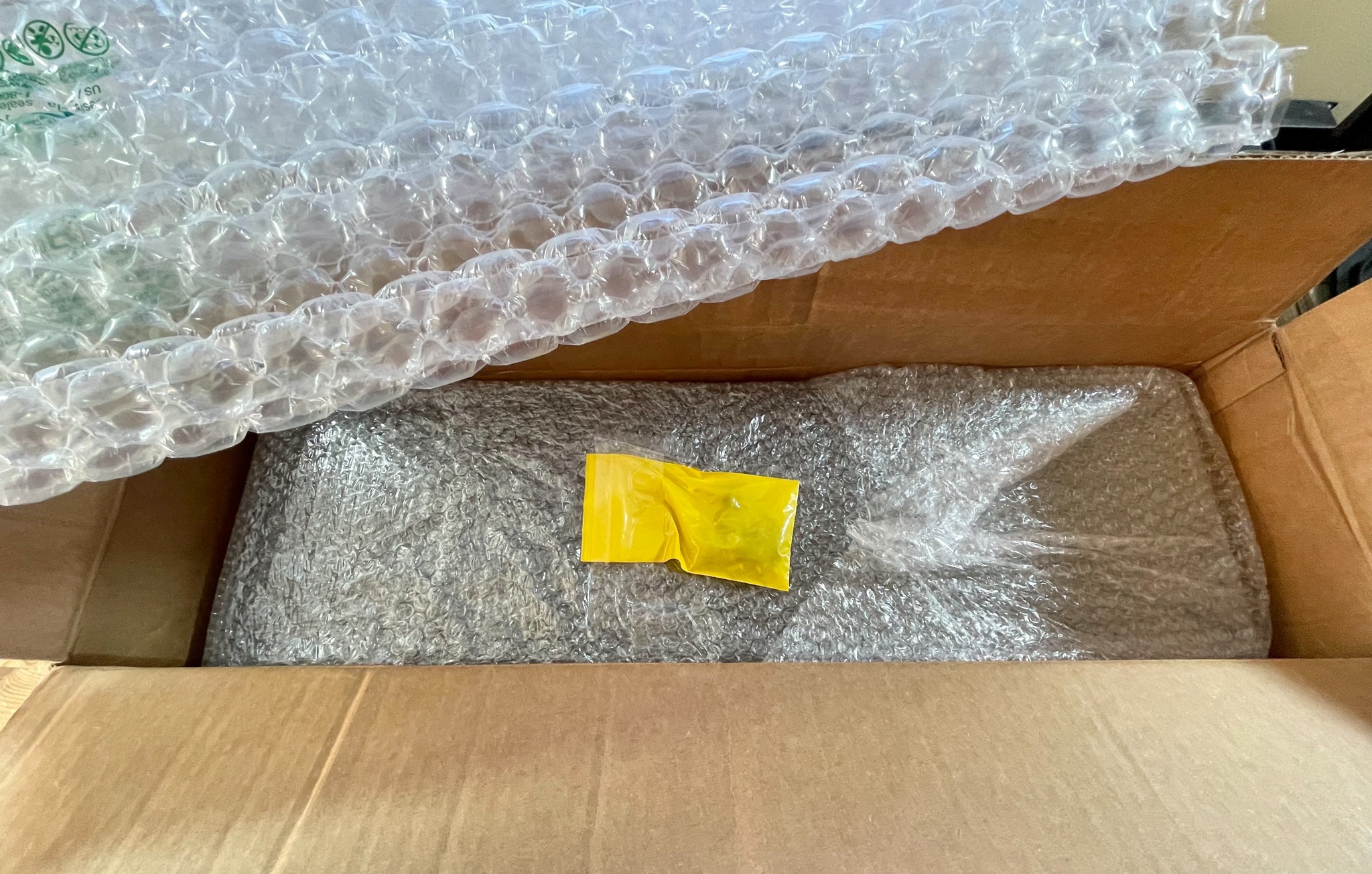 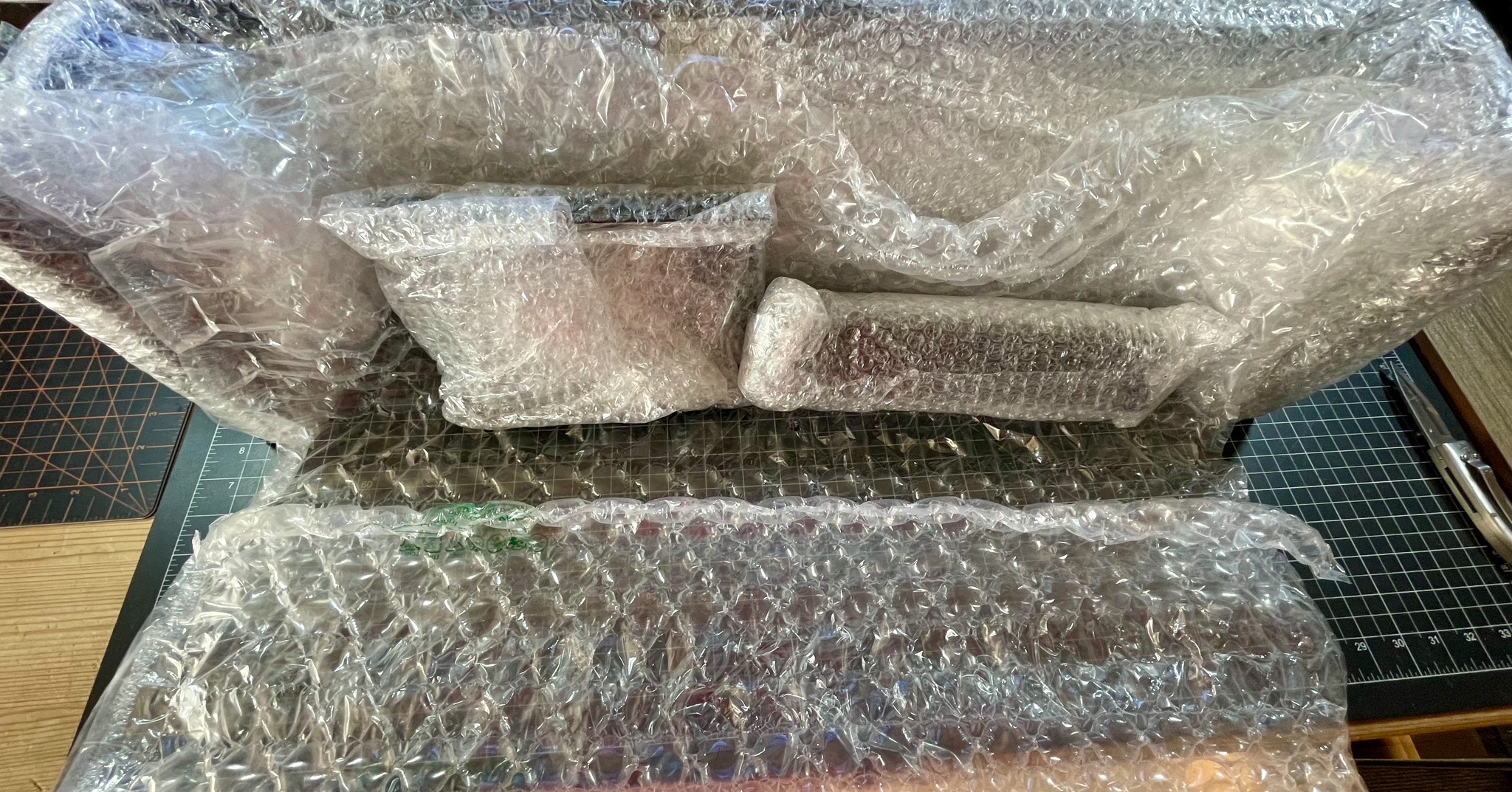 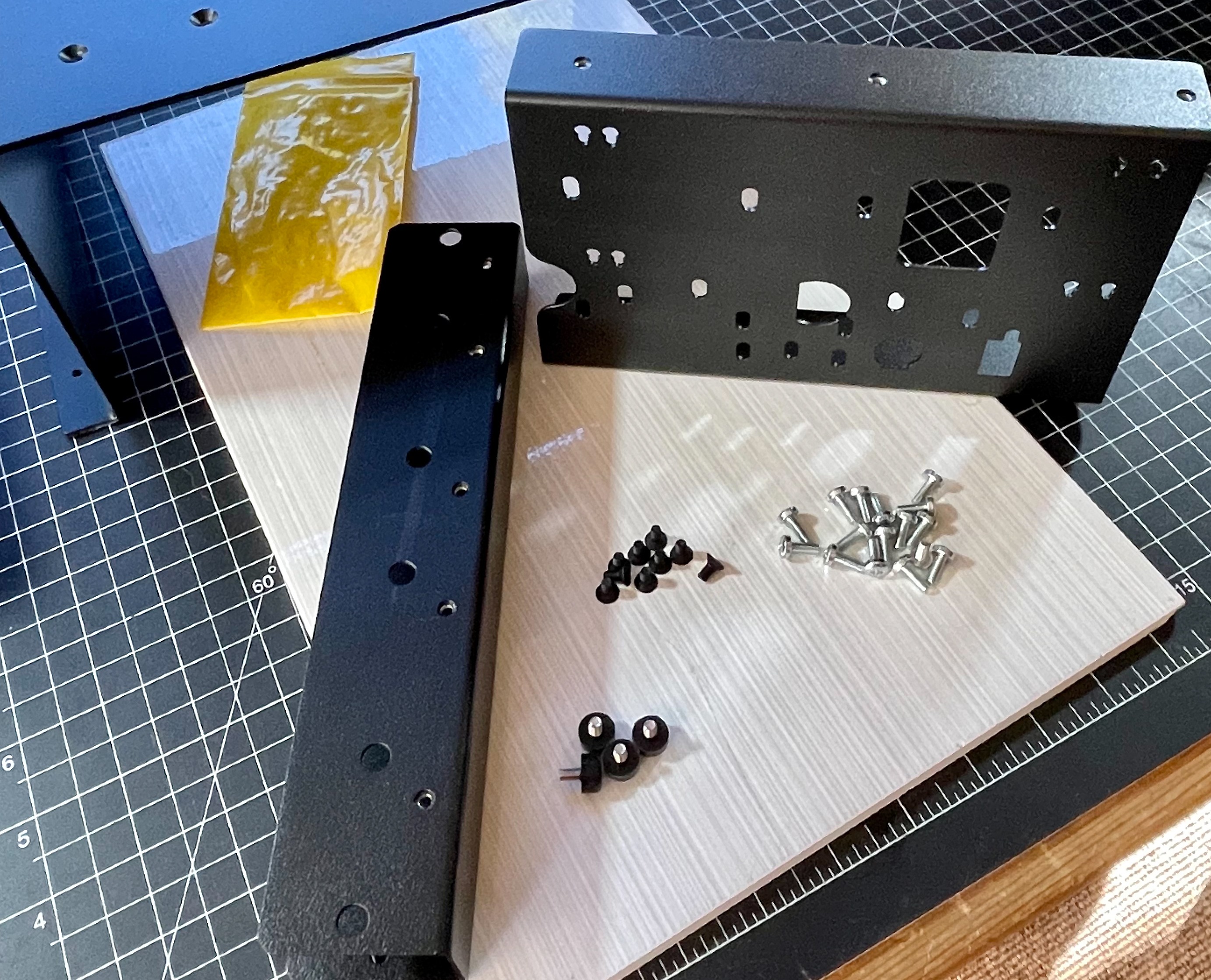 • Screw in the threaded shaft rubber feet into the four corner holes on the bottom of the Flight Deck. 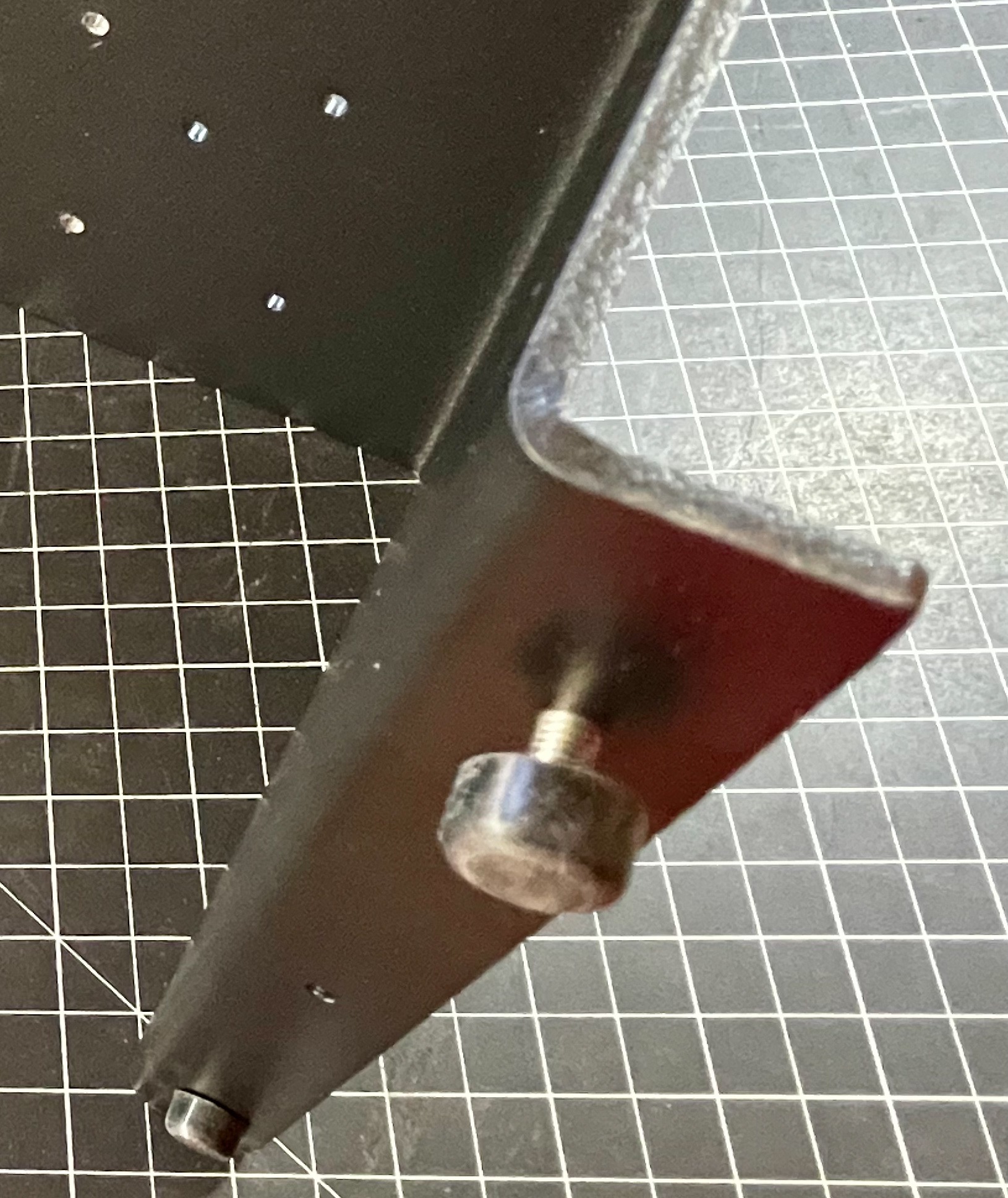 •• Logitech Bracket OPTION:
The Gen 2 Flight Deck includes a bracket that is designed to secure the Logitech Yoke System from the top of the yoke to the bottom of the Flight Deck panel.

• First, use the screws included with the Logitech yoke to secure the bottom of the bracket to the top of the yoke using the driver through-hole access. 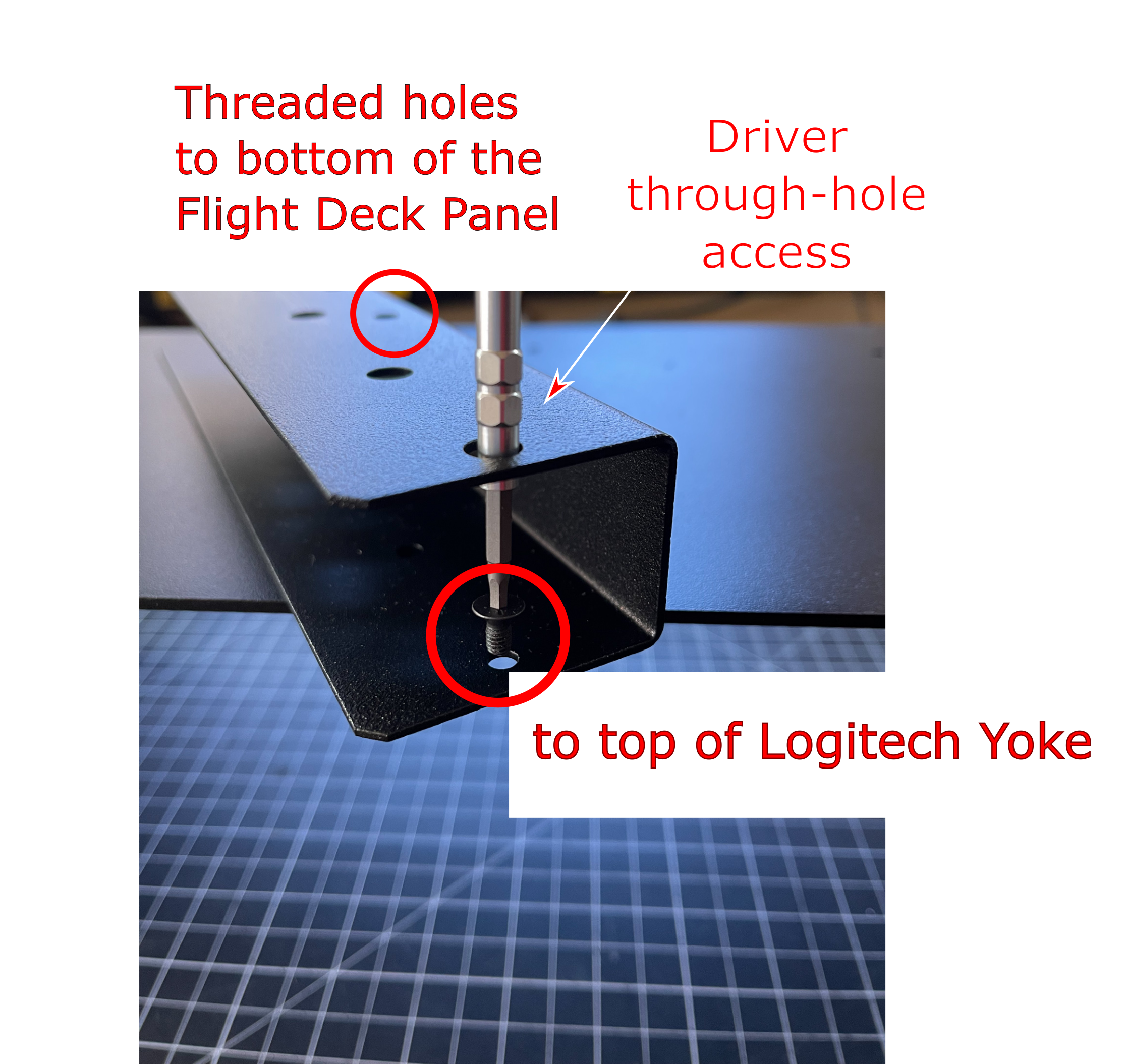 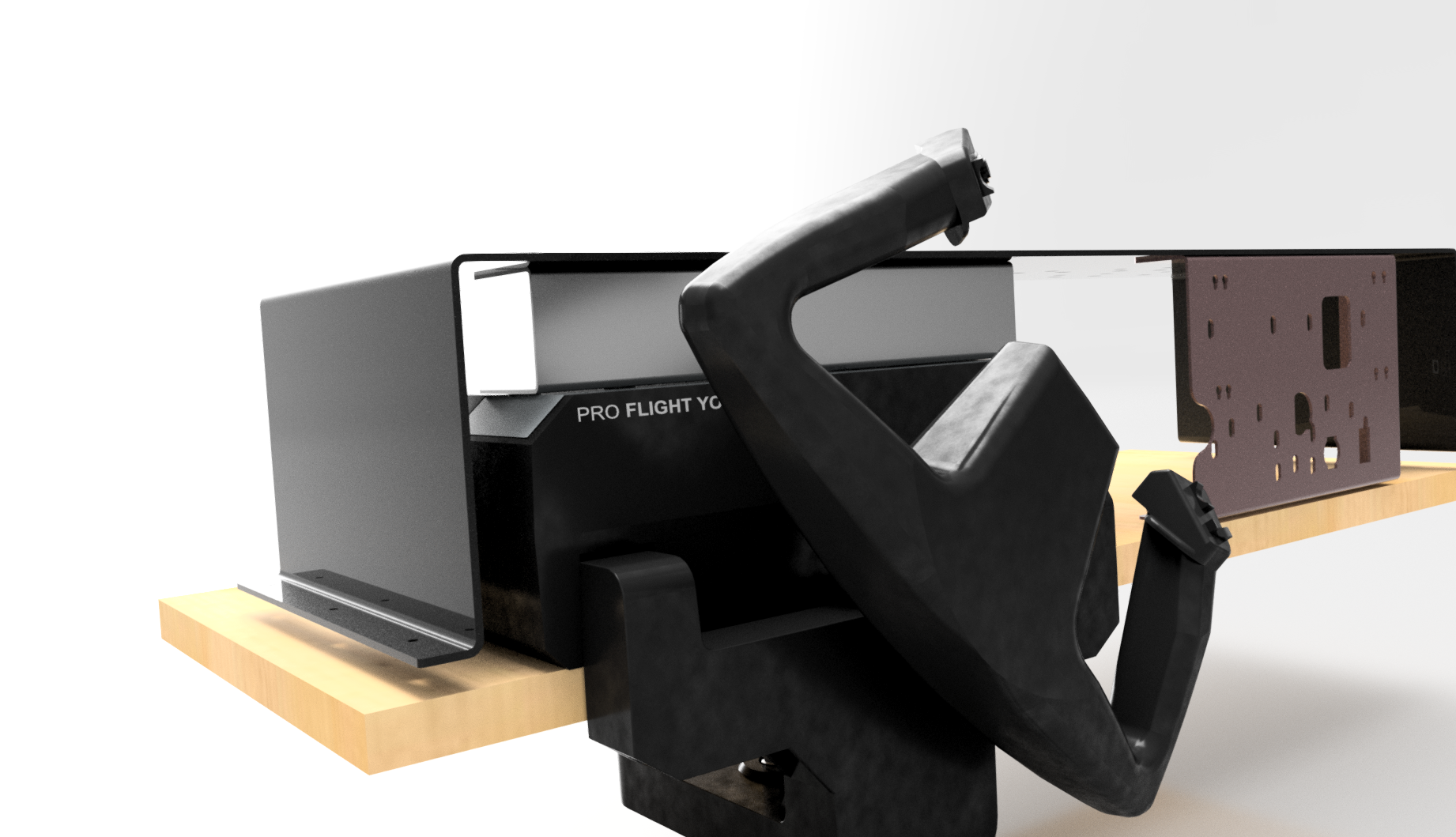 The detachable throttle / GCU mounting plate is secured to the Flight Deck panel with x 3 of the provided flat head M4 screws. The mounting patterns support x1 or x2 Logitech quadrants, a VirtualFly TQ3 or TQ6.
~ The keyhole mounts are designed to fit the latest RealSimGear GCU stacks that incorporate the keyhole and pin mounting system, Simply line up the pins on the GCU stack with the round portion of the keyhole and slide to lock into place. 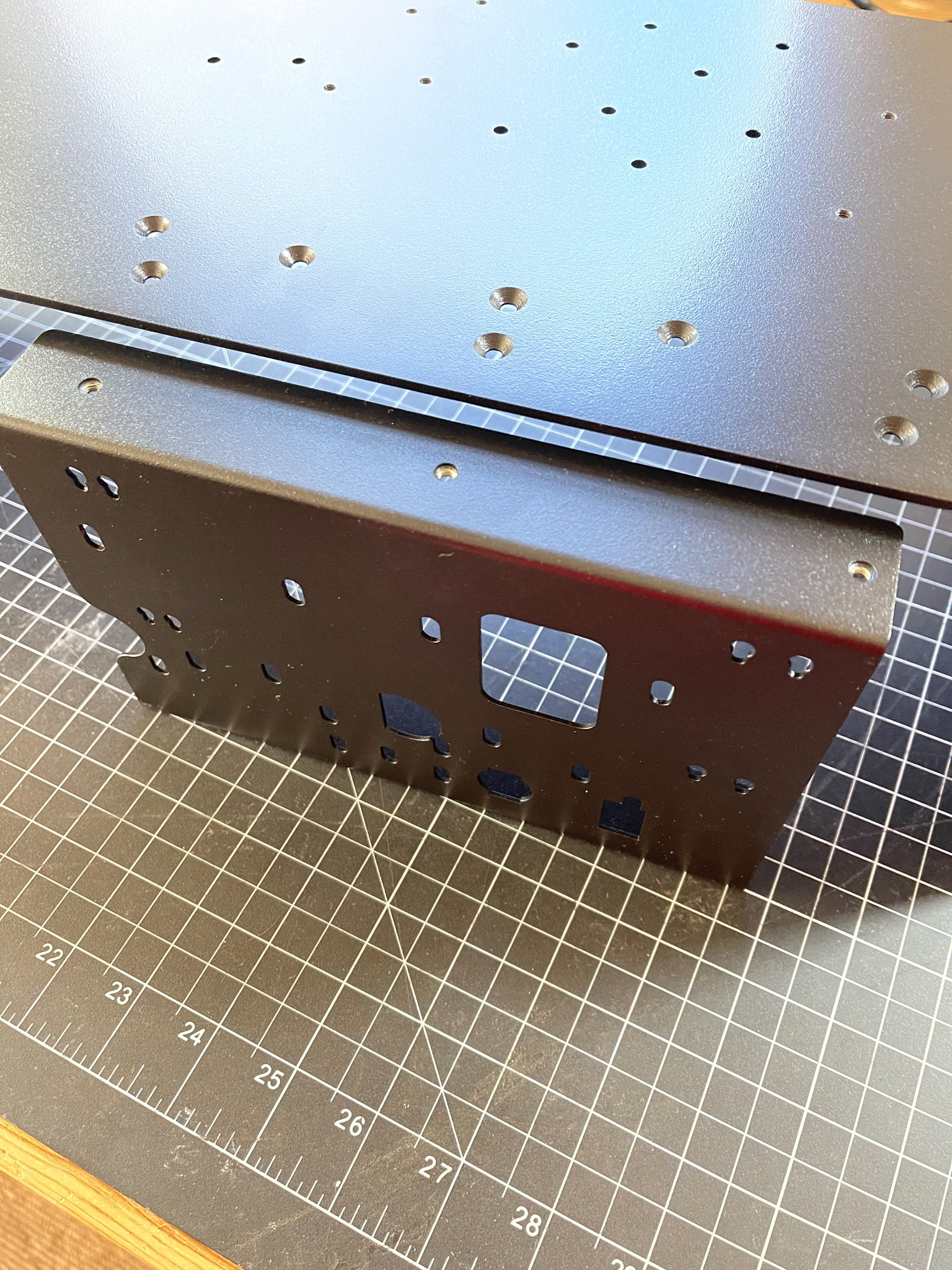 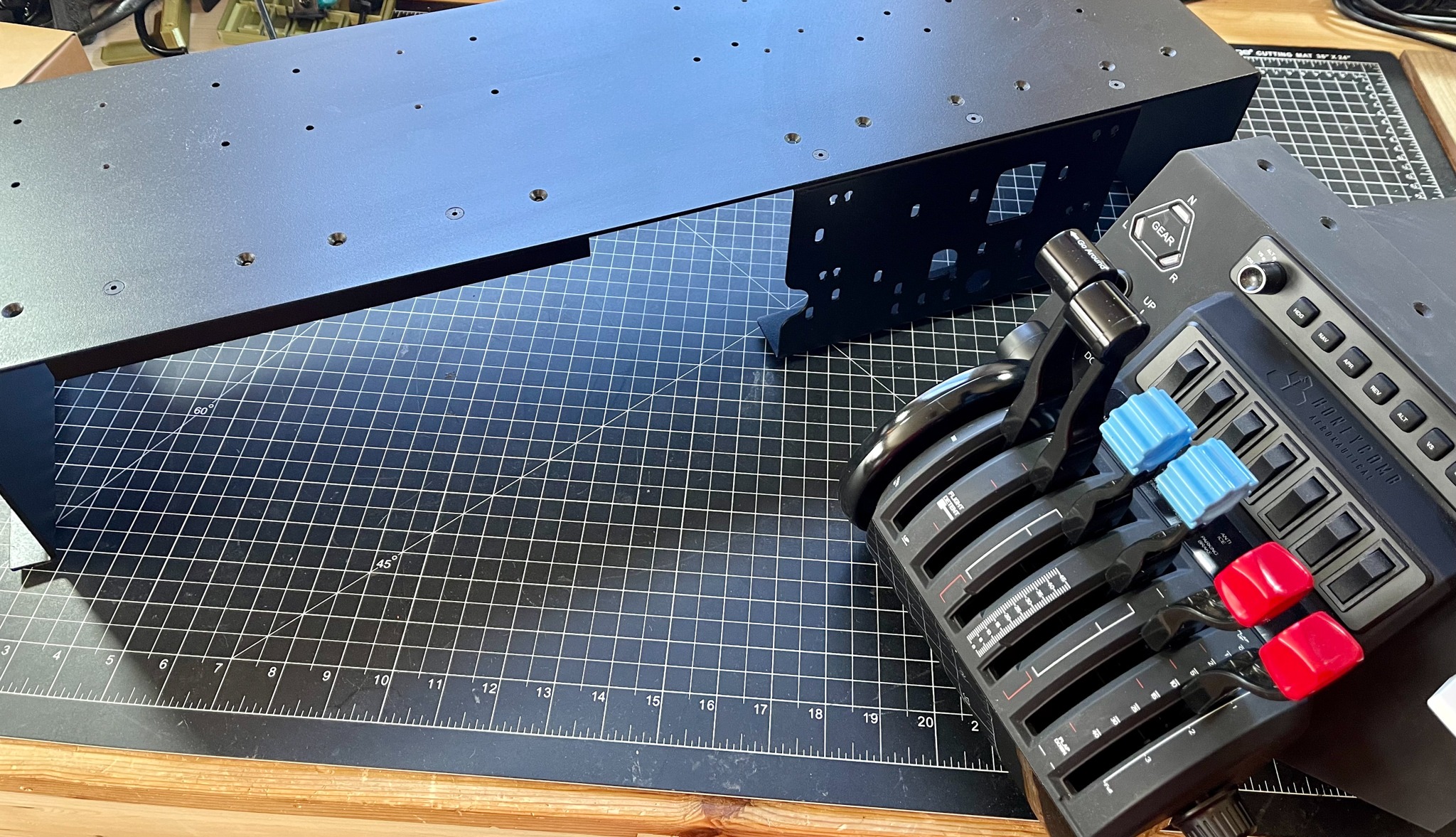 • Remove the throttle place if attached and remove the included flat head screws from the Bravo. 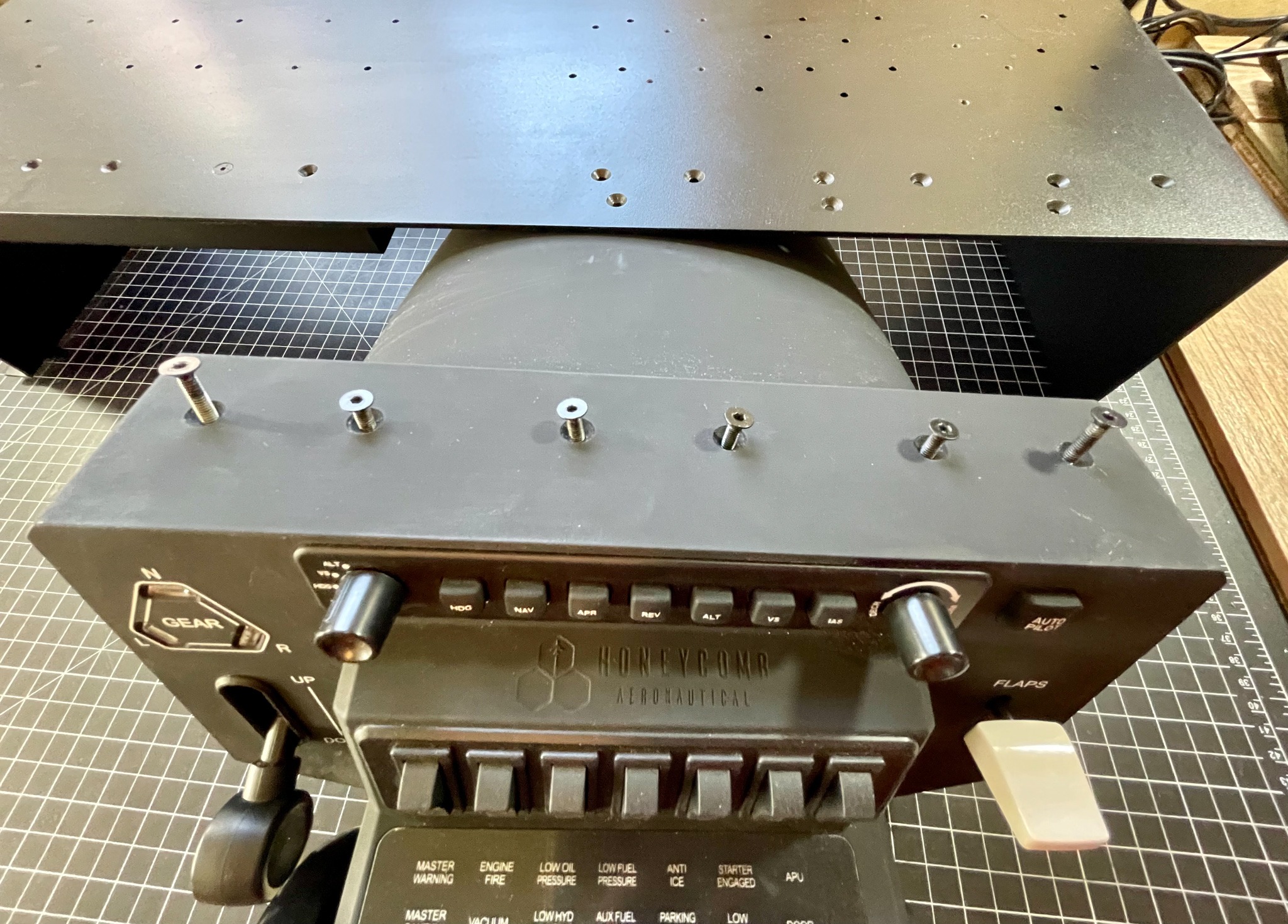 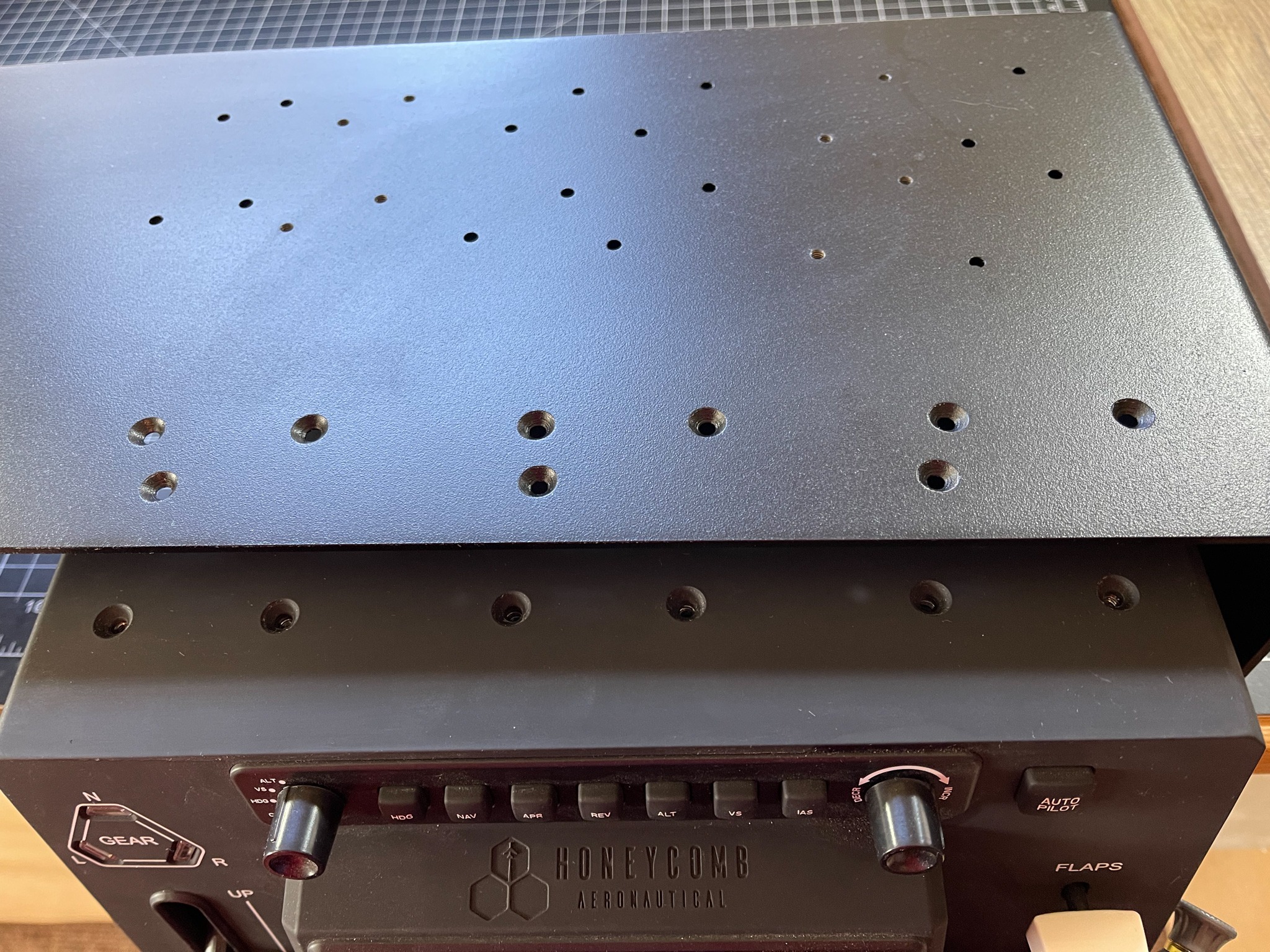 • Line up the holes and secure the screws through the bracket into the Bravo using the same hole pattern. 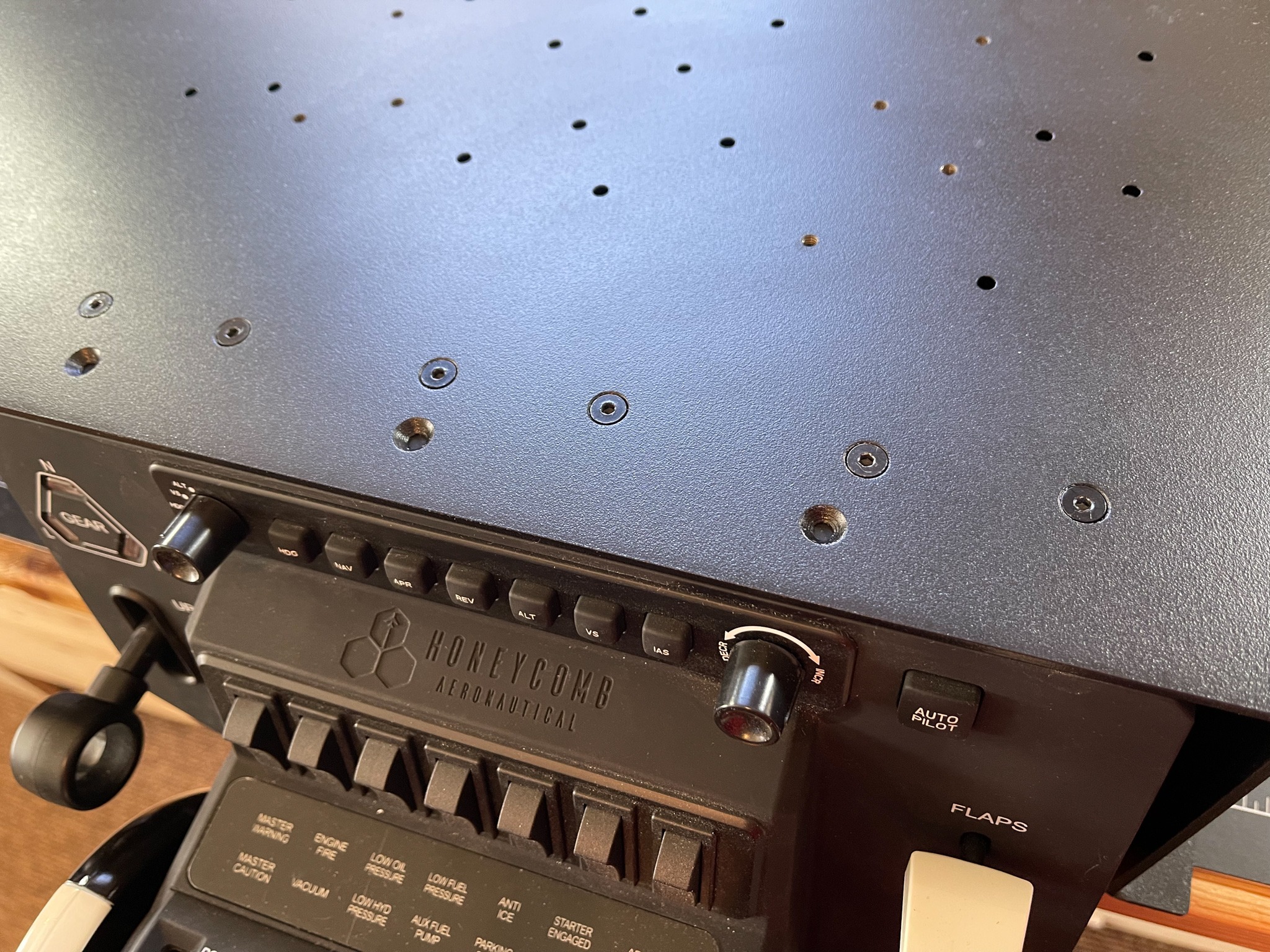 Repeat the same process for the Alpha. ~ (optional) ~ If you wish to keep using the Honeycomb clamping system keep the mounting clamps attached but very loose while securing the tops of the Honeycomb to the Flight Deck. Then carefully adjust the clamping pressure - do not overtighten as this will put unnecessary stress on the Honeycomb frame. 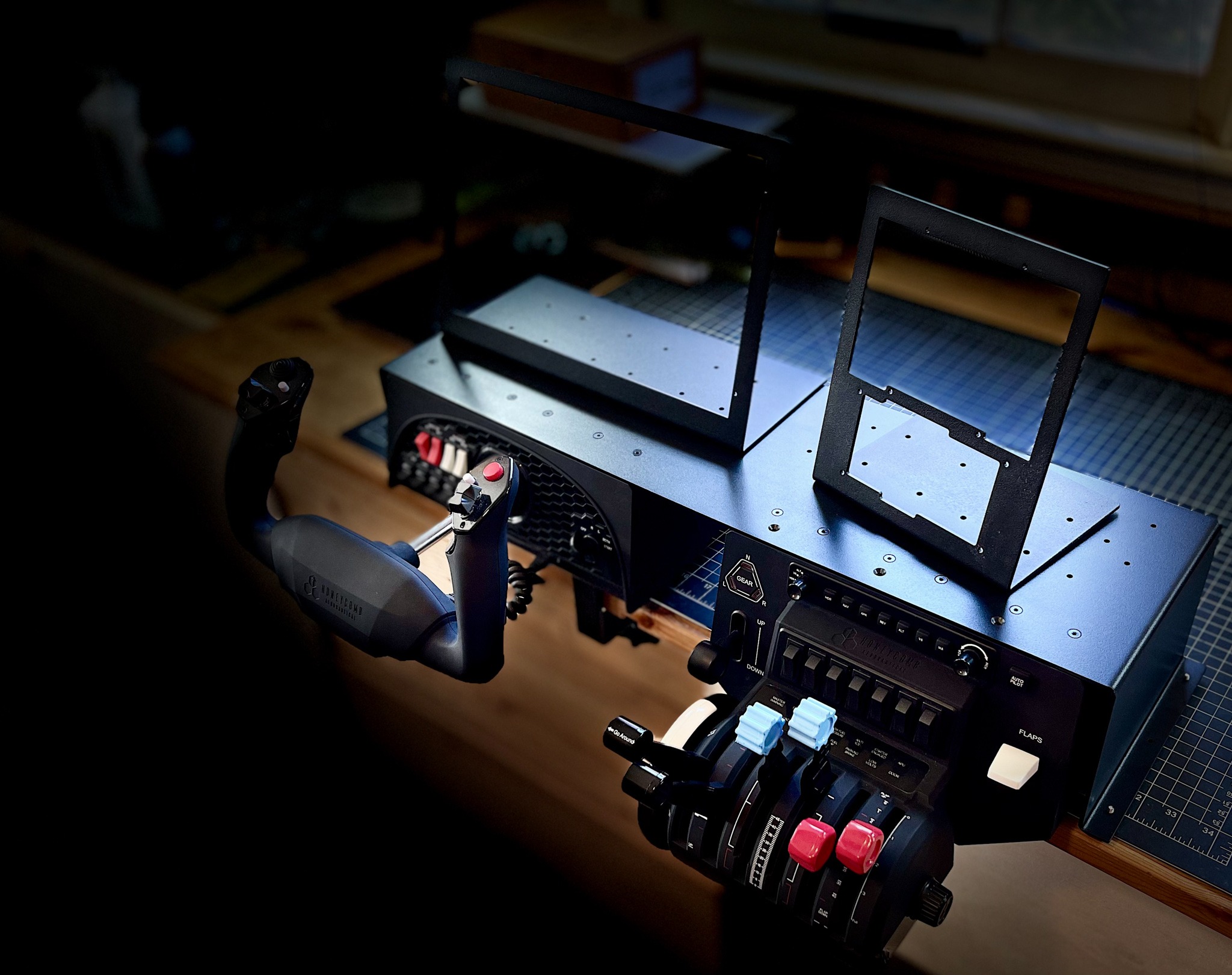 The top of the Flight Deck can support a variety of RealSimGear stands.