This is an archive of the version 1.x G5. Version 2.0 is now a RealSimGear product (existing customers have been transferred to the new product).

3D Integration requires access to the source cockpit object to be able to add the screen and manipulators.
NOTE ***These steps are targeted towards aircraft developers.*** 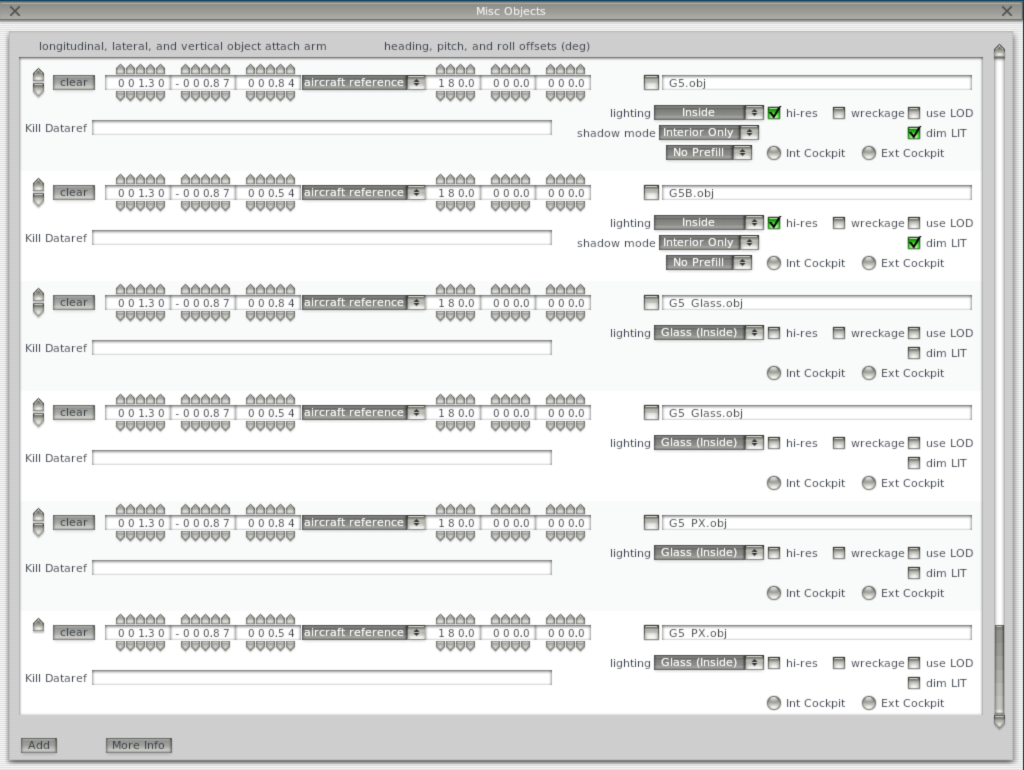 For Aircraft Developers: If you don’t want to manage separate ACF files, you can have your plugin manage the “Kill Dataref” to hide the object when the user does not have the G5 installed.