Setting Up A Cessna 172 Home Simulator

We often get asked for recommendations on how to configure a home simulator.  This question is often asked by people who are new to flight simulation and are often in the early stages of their real world flight training.  In fact our recommendation approach will vary depending on if you are in real world flight training or not so we have two general approaches that we will present here. 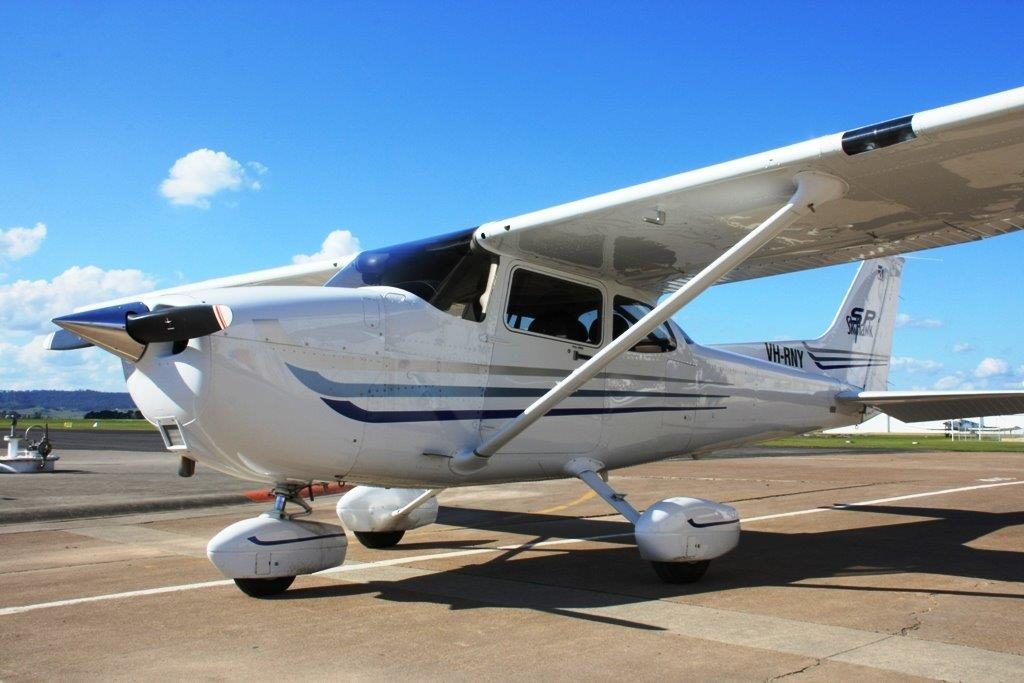 The Cessna 172 is probably the most common training aircraft.  Since being released in 1955, and still in production today, more 172’s have been built than any other type of aircraft.

Most older model 172 aircraft will still use traditional steam gauges as their primary flight instruments but will have been upgraded with some for of GPS navigation equipment.  The level of equipment fitted will also depend on the aircrafts primary use.  If used in a flying club or flight school, the 172 will likely have a Garmin GNS430 as it’s primary navigation instrument along with a Bendix King com/nav radio. 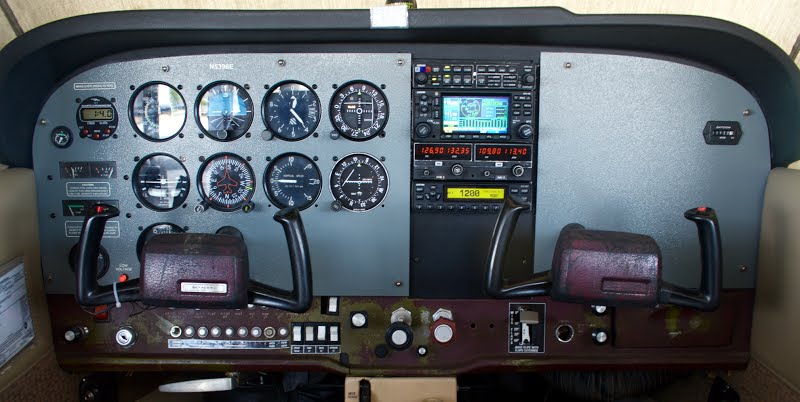 Sometimes, the aircraft will be fitted with a more capable and larger screen Garmin GNS530.  It is also common for 172’s to be fitted with the newer Garmin GTN650, with the GTN750 being much more rare.  Sometimes you will find various combinations of the above instruments, however this is less common in rental or training aircraft. 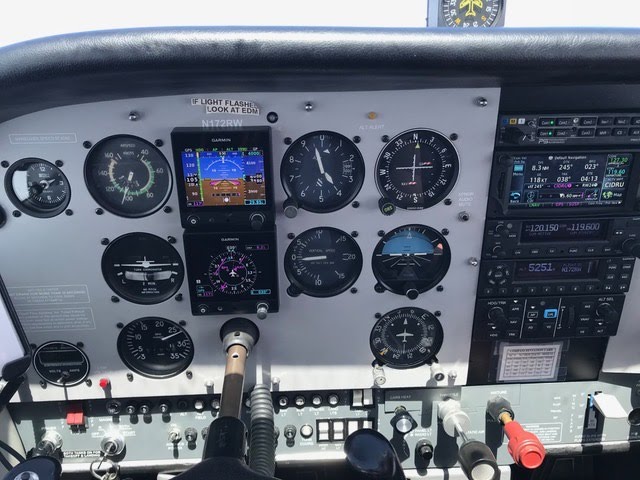 It is not that common to find auto pilot equipment in lower cost rental or flight school aircraft.  However, if the 172 has been recently upgraded with the Garmin G5 primary flight instruments, you may find that a Garmin GFC500 autopilot has also been added.

I’m a real world pilot and/or in real world flight training, what should I get?

When we are asked this question, we will ask you about the aircraft you are currently flying or training in.  To get the most out of practice at home using your home simulator, it’s important that the controls you have available match as closely as possible to what you are using in your real world flying.  Given that general avionics components are modular, there are many different possible combinations out there in real world aircraft.  That’s why RealSimGear components are also modular and be combined in a similar way.

We wanted to demonstrate how easy it is to get into flight simulation at home.  This basic set up is a great place to start, especially if you are taking lessons in a Cessna 172 with basic six pack style avionics.  This setup is enough to become familiar with the avionics you will encounter during your flight training as well as some of the complex VFR and IFR procedures that you will be required to master.

In all configurations listed here we recommend using X-Plane 11 since it comes with a great Cessna 172 aircraft with built in GNS530, GNS430 and G1000 avionics.  It's also important to note that the components suggested here can be swapped around or even removed if you have an existing PC or spare TV to use as a display. 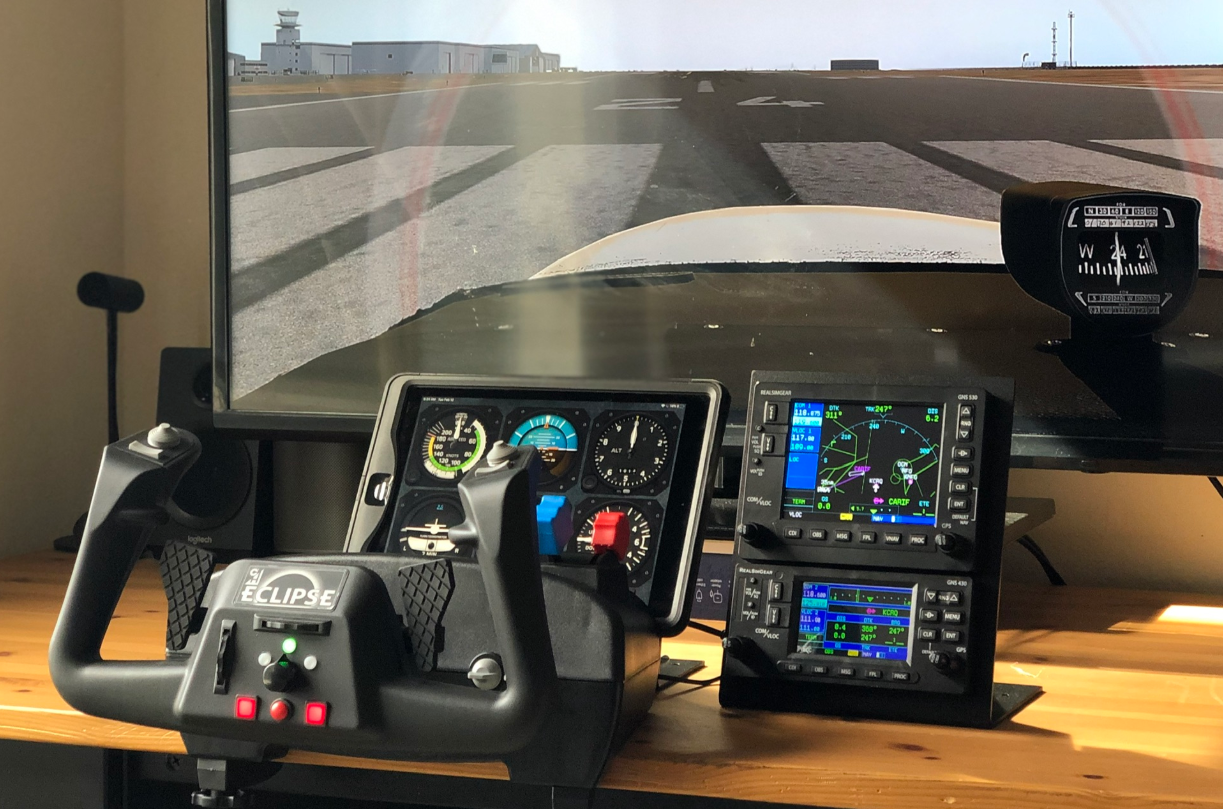 The above setup is an example using the GNS530 & GNS430 as the primary navigation instrument.  If your aircraft uses a different model, that can be easily swapped out with the remaining components left the same.

This option gives maximum functionality within a compact setup.  The touch screen GTN750 allows for easy navigation and practice under IFR conditions, and the built in transponder adds to the realism during IFR flights.  The audio panel within the GTN750 allows for easy changing of radio frequencies, which works great when coupled with virtual air traffic control, and the autopilot unit allows adjustment target indicated air speed, vertical speed or altitude.  The other components listed here have also been upgraded. 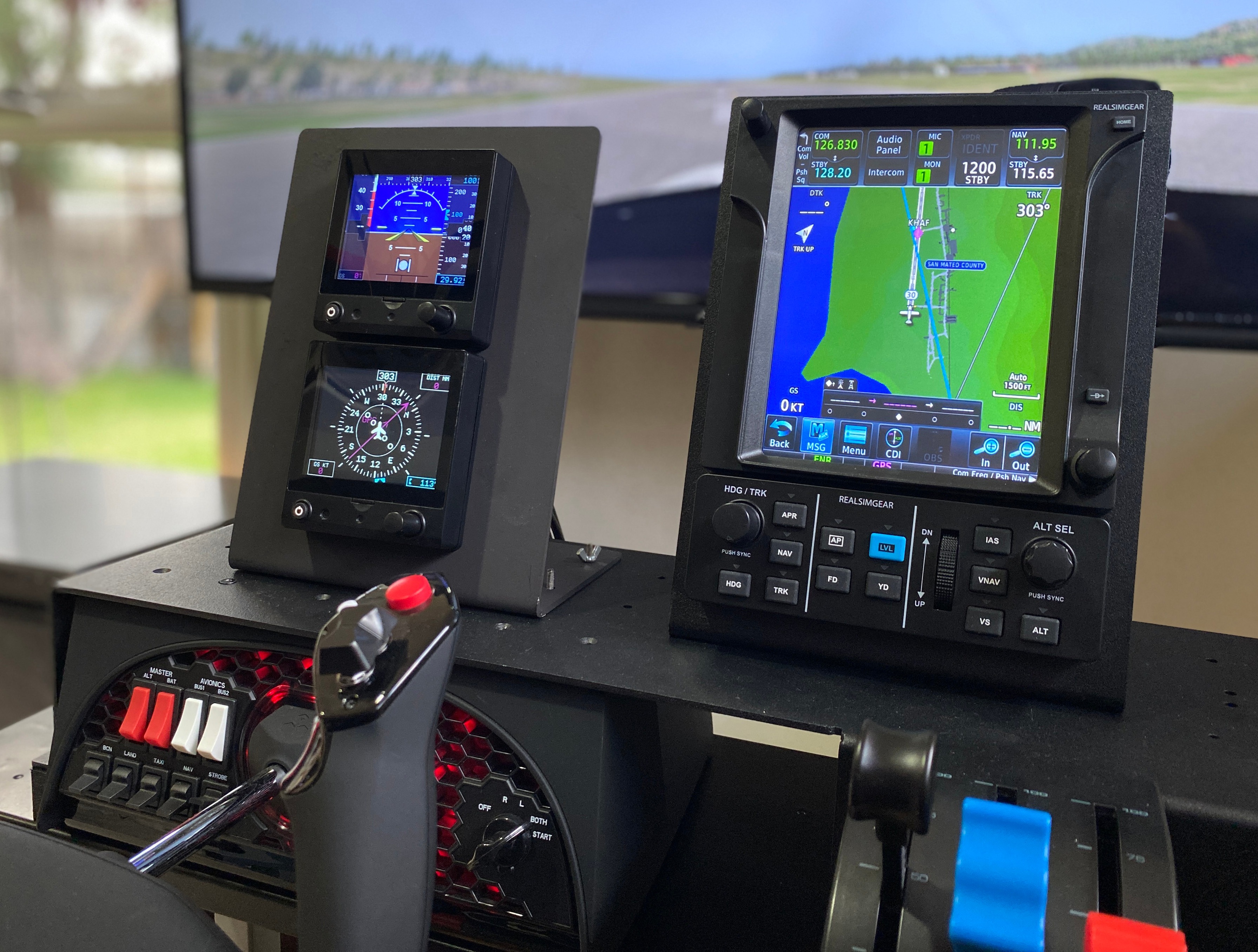 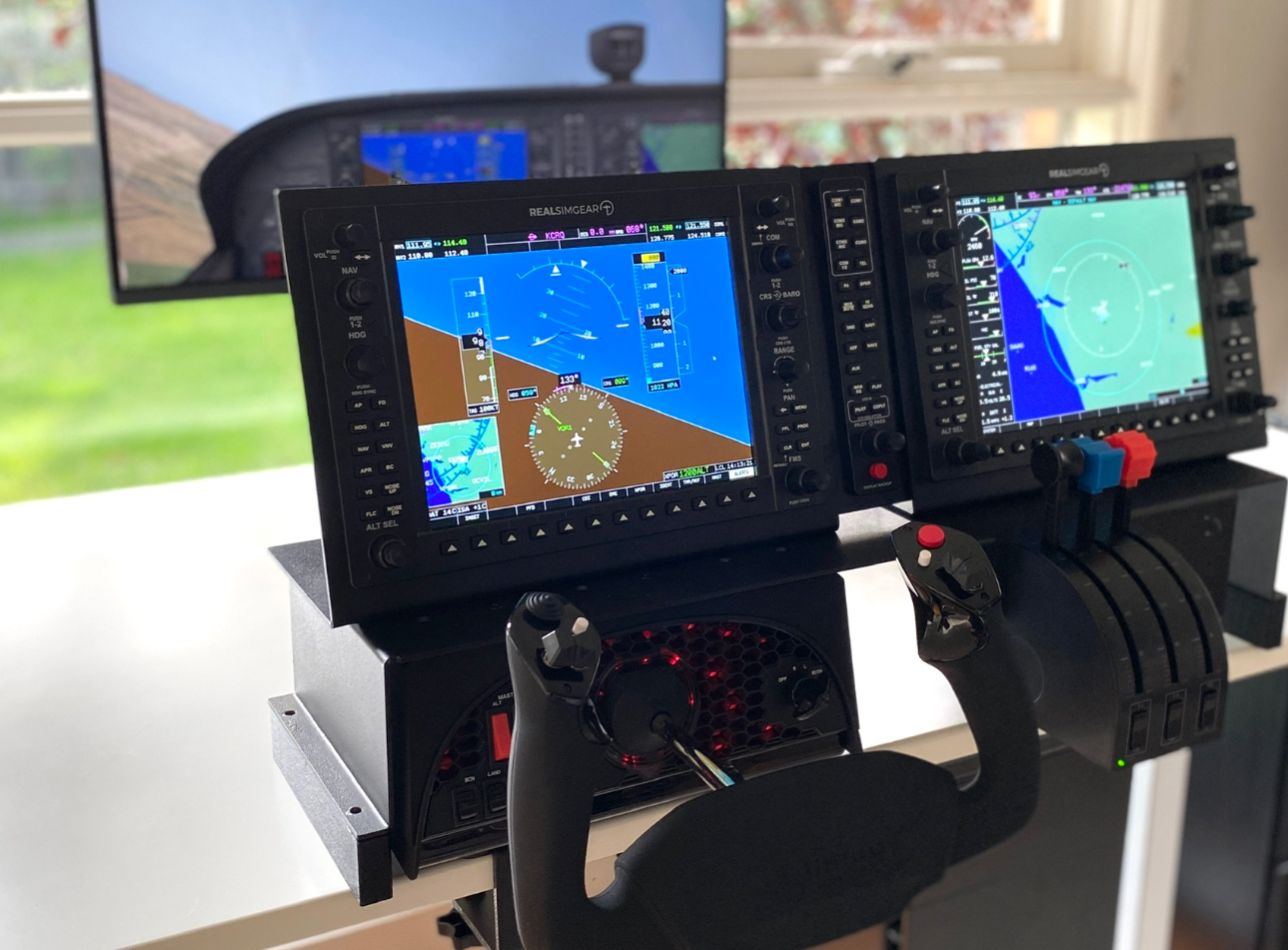 What PC should I get?

Most PC’s will run X-Plane 11, it just depends what visual quality settings you are looking to use.  If you want to have very realistic graphics with smooth performance (known as high frame rate or FPS) then you will need a more powerful PC.  If this isn’t so important and you are mainly looking for IFR procedural practice then it’s totally fine to dial back the settings to their minimum and use a fairly basic PC or laptop.

With any of the above systems you will get effective practice at home to supplement your real world flight training.  Please contact us should you have any further questions or would like us to customize a package for you.

Shop Packages
Did this answer your question?